1500 GMT Register here
ICMS will support the Florence Nightingale Lecture 2022. Click to register button above if you wish to attend.

The Florence Nightingale Lecture aims to celebrate that diversity by inviting a distinguished speaker to lecture on a statistical topic of their choice, one which can inspire the current generation as Nightingale herself did.

Full details can be found here.

Statistics and The Fight Against Modern Slavery

Modern slavery takes many forms and has only in recent decades come to wide public and political consciousness.  The Modern Slavery Act 2015 consolidated a number of relevant offences, and introduced a maximum penalty of life imprisonment.  The numbers of victims known to the authorities, and of prosecutions, have considerably increased in recent years,  but modern slavery persists, both in the UK and worldwide.

A number of different statistical approaches have been used in the fight against modern slavery and other hidden crimes.  I will survey and explore some of these, and consider their role leading up to the Modern Slavery Act and in subsequent developments.

Overall I hope that the lecture will provide the opportunity to reflect more widely on what is the best appropriate statistical contribution to what is an important and disturbing aspect of public policy.  In particular there are broader questions about presenting statistical evidence in an area where there is so much uncertainty.  Should we follow George Box’s dictum that “all models are wrong, but some are useful”?  There are some (imperfect) analogies with Florence Nightingale’s own work and campaign leading to the Public Health Act 1875, which saved the lives of millions.

Biography
Bernard Silverman’s research has ranged widely across theoretical and practical aspects of statistics. The focus has been on computational statistics, researching the ways that computing power has changed our ability to collect, analyse, understand and utilise data.

He has collaborated in many fields across academia, industry and government.  After an academic career at Bath, Bristol and Oxford, he spent seven years as Chief Scientific Adviser to the Home Office.

He now has a part-time appointment as Professor of Modern Slavery Statistics at the University of Nottingham, and is Chair of the Geospatial Commission and of the Methodological Assurance Panel for the Census. 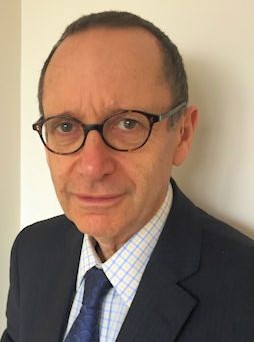